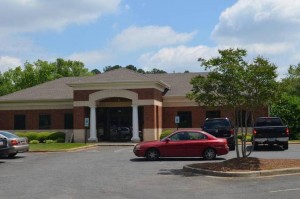 A non-profit health care group focused on serving low-income patients plans to expand its medical services on four extra acres of land located in one of Rock Hill’s business parks.

On Monday, the Rock Hill City Council voted to sell some city-owned land on Lakeshore Parkway to Affinity Health Center, a medical office looking to expand its offerings. The property and Affinity’s existing office buildings are in Rock Hill’s Tech Park business park.

Affinity began operations in 2000 as Catawba Care, a regional provider that served patients diagnosed with HIV and AIDS. Earlier this year, the center changed its name to Affinity and added services for under-served populations, including mental health and dental care.

The city, which owns much of the property in Tech Park off Dave Lyle Boulevard, is selling the property for $260,000 for the future addition to the Affinity office at 500 Lakeshore Parkway.

“By the end of 2016, they project an estimated 4,000 patients and a doubling of their workforce,” Norwood said.

He expects a building of up to 30,000-square-feet on Affinity’s newly-acquired land would bring a $3.5 million investment.

Affinity bills itself as providing inexpensive care and other services to address more than a patient’s medical needs. The center uses a case management system that helps patients access community resources such as housing and transportation, as well as insurance.

Rock Hill and western York County are designated as medically under-served areas by the federal and state officials who track such statistics.

The local area also has a shortage of physicians. The preferred ratio of doctors to patients for Medicaid is 1 to 2,000. In York County, the ratio is 1 to 37,500.

Affinity was recently designated as a federally-qualified health care center, which includes a grant to provide comprehensive and preventative care for the uninsured, the under-insured or low-income patients.